Yesterday the Diario Co-Latino highlighted the United Communities’ initiative to organize the communities affected by flooding and advocate for government action.  The president of United Communities, José Santos Guevara is quoted denouncing the governminent’s claims that they have completed the levees along the Lempa River. The levees  remain incomplete and the corresponding entities have yet to begin repairs of areas damaged by last October’s flooding.  (See post from October 2008) 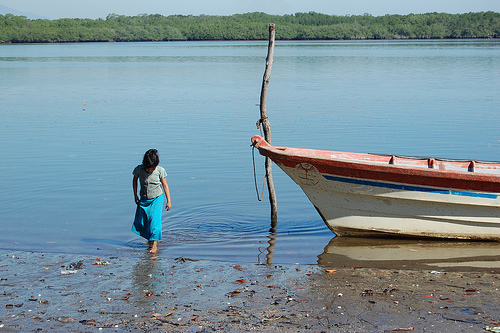 The article comes on the heels of a 5-day march to San Salvador organized by the communities of El Salvador’s four river basins – all of whom are affected by flooding year after year .  Community representatives will present their demands at the Presidential Palace on Friday February 27th.