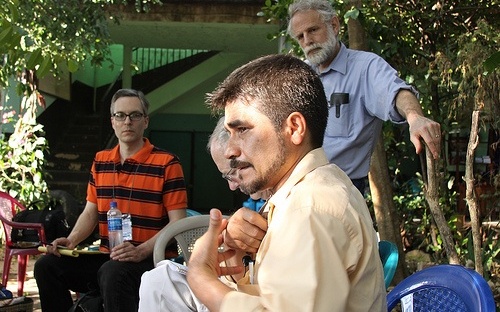 On June 8, 2010, Tom Shrake of Pacific Rim testified before the Canadian Parliament about their activities in El Salvador and Bill C-300, which would hold Canadian mining companies operating in other countries to a higher standard of social responsibility. During his testimony, he called out Antonio Pacheco and ADES as a “rogue organization” that was using environmentalism as means to prevent development.

A week later we interviewed Antonio Pacheco to get his response (click here to read that interview). Mr. Pacheco and ADES recently published a formal, written response to Pacific Rim and Tom Shrake.  The letter in its entirety is posted below.

RESPONSE TO THE TESTIMONY OF TOM SHRAKE BEFORE THE CANADIAN PARLIAMENT ON JUNE 8, 2010

WE ARE NOT A “CRIMINAL NGO”; WE ARE A SOVEREIGN NATION

Once again, the president of Pacific Rim has offended and threatened the sovereignty of El Salvador by trying to hide and discredit the strong and widespread opposition to mining from the entire nation.  His arrogance prevents him from accepting that in El Salvador there is sufficient intelligence and understanding to know what is and is not advisable for the development of our country and people.

On June 8th, before the Canadian Parliament, the president of the Pacific Rim mining company, Tom Shrake, attacked ADES, calling it a “criminal NGO with a long and worrisome history of violence against the company [Pacific Rim].”  He also stated that some “rogue NGOs use their defense of the environment as a tool to increase the political cost of mining decisions.”

Mr. Shrake forgets that the opposition to metal mining is not a question for “certain criminal NGOs,” but instead for the whole nation.  Broad and diverse sectors and groups have rejected mining: the Salvadoran population (residents of the country and expatriates), civil society organizations, health guilds, universities, the Catholic and Protestant churches, representative from the primary parties of the right (ARENA) and the left (FMLN), the scientific community, and most importantly, the legitimate and sovereign Government of El Salvador, with their decision to deny [exploitation] permits.

Contrary to Mr. Shrake’s statements, ADES is a community organization recognized at the national and international level for its work in the defense of human rights.  ADES rejects violence in all its forms, it promotes scientific investigation and information and an informed dialogue.

On the other hand, the abuses committed by Pacific Rim in El Salvador have impacted the international public opinion.  As the Canadian congressman John McKay stated, Pacific Rim has caused “extraordinary injury to it’s reputation, the industry and, I would dare to say, the reputation of Canada.”

In his testimony before the Canadian Parliament, Mr. Shrake offered various explanations and arguments that, according to various experts on the subject, are rather questionable.  Below, we discuss several of these arguments.

A)    Mr. Shrake claims that his “strategy is to explore and develop a certain type of gold deposits called low-sulfidation epithermal gold deposits,” that is, alkalines.  He claims that El Dorado is one of those deposits.  However, the rock study taken from the veins of El Dorado shows that its composition includes more than 40 chemical elements, including mercury, lead, arsenic, cadmium, etc.

Experts on the subject point out the imminent risk that acid drainage would produce.  This worries Mr. Shrake, who comes to the defense of his project by trying to argue that there will not be acid drainage from the mines because the deposits are low-sulfidation.

Even accepting Mr. Shrake’s previous arguments as true, he knows very well that in order to capture the silver and gold particles from the mine, it is necessary to grind the rock and apply cyanide, but this cannot be done without allowing some heavy metals to escape into the environment.  He must explain himself.  How do you plan to resolve this question, Mr. Shrake?  You have not spoken about it at all.  Are you an expert in your trade or have you hidden key information from the authorities and the citizens of El Salvador in order to protect the interests of your company?

B)    Later on in his testimony, Mr. Shrake refers to the events in Santa Rita, the name with which he identifies the mining district in the community of La Trinidad.  He separates the company from the problems suffered by the population there.  Nevertheless, we remember, Mr. Shrake, that the conflict began because your employees used force to enter private properties, without the consent of the legitimate owners.  This act of aggression almost caused the death of elderly landowner, a woman over sixty years old who suffered a cerebral hemorrhage after arguing with his technicians.  The company ought to have compensated the victim, but it didn’t; instead it launched a litany of demands against the family.  If your employees behave like Mahatma Gandhi, as you say, such cruel and unfortunate things would never happen, Mr. Shrake.  What ethics do you speak of?

C)    The president of Pacific Rim says that they have “been victims of a planned strategy of misinformation and intimidation”; your words, Mr. Shrake, are a clear accusation that seeks to penalize an organization whose only interest is the defense of the Salvadoran population’s human rights, offering scientific information and promoting and informed dialogue.

What is evident from Mr. Shrake’s testimony is his use of violent language and a clear misrepresentation of the facts, so that he may avoid assuming responsibility for the injury that has been done to the defenseless population of the department of Cabañas, in this way justifying the old joke of the executioners presenting themselves before the national and international community as victims.

We are not a “criminal NGO,” we are the voice of the people, with dignity and a clear sense of self-determination, Mr. Shrake, but above all, remember that we are a people, we are a sovereign nation.

1 thought on “Antonio Pacheco and ADES Respond to Tom Shrake”