There were at least three violent confrontations between political militants yesterday; the last day of legal campaigning for the March 15th elections.

In San Fransisco Gotera, Morazan ARENA members stoned and wounded five FMLN activists, before the ARENA van was driven into a telephone pole in a hasty escape attempt.  A FMLN truck later assisted in removing the vehicle from the road.

Around noon, 17 ARENA militants confronted a FMLN rally on Blvd. Constitution in San Salvador.  According to Voices’s interviews with witnesses, an ARENA van approached the crowd and shot a gun into the air.  The FMLN participants then chased the vehicle and ARENA supporters down a nearby street.  Five ARENA members and two FMLN participants were wounded in the resulting stone and stick violence.  La Prensa Grafica reported the FMLN militants shot the ARENA van at the end of the confrontation, but the police officers on the scene interviewed by Voices claimed the gun shots occurred well before they could arrive (half-way through the disturbances). 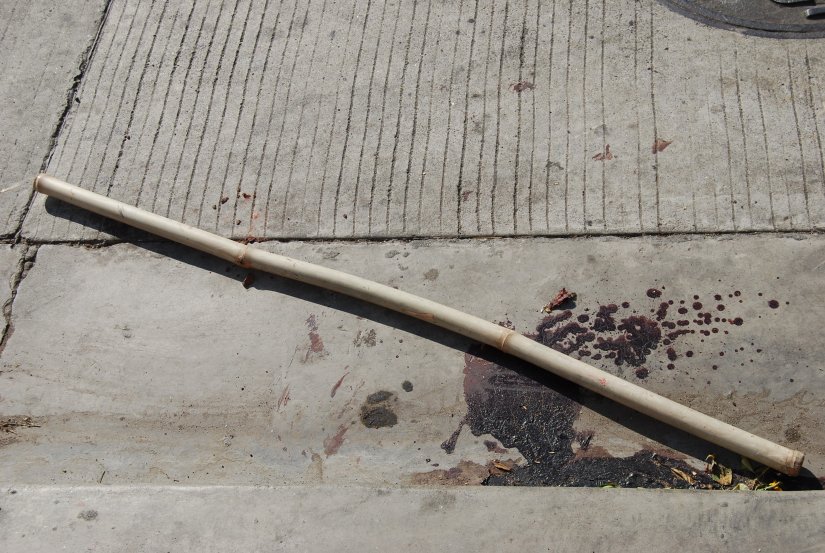 At 9:30 pm in San Jacinto, just outside of San Salvador, two FMLN members were struck and wounded with sticks by several people driving by in an ARENA vehicle.

According to the National Civilian Police (PNC) there were 115 reported incidents of election-related violence during the first two months of 2009. Of those, 65 occurred since January 19, the date of the local and legislative elections. (Click here for article)

Confrontations between party activists have ranged from damage of private property to pushing and fist fights, and even the exchange of gun shots. With 9 days left until the presidential elections, it’s expected that the frequency and severity of confrontations between ARENA and FMLN supporters will increase.

In response, a number of political and religious leaders have issued condemnations of the violence.

On Monday, Archbishop Jose Luis Escobar Alas called on both political parties to exercise greater control over their bases, and to end the partisan violence. He also urged both parties to let the voters decide and be willing to accept defeat in a peaceable manner on Election Day. (Click here for article)

The Supreme Electoral Tribunal (TSE), along with the Human Rights Ombudsman, the Attorney General, and the Director of the National Civilian Police held a meeting on Tuesday with leaders from both the FMLN and ARENA in which both parties verbally agreed to prevent partisan violence in the run up to the elections. In statements after the meetings, FMLN and ARENA leaders asserted that their respective supporters have always been nonviolent and will continue to be, and that the other party’s militants have been the provocateurs. (Click here for article)

The PNC announced that it has identified 10 groups of political activists that could potentially provoke violence on elections day, and they will continue to monitor these groups. The PNC said that the groups were from both parties.

In an effort to bolster security, 18,406 police agents will be deployed, plus 571 police in training. Of these, 8,000 officers will be posted at the 461 voting centers, and the remainder will be patrolling or ready to be deployed where necessary. (Click here for article)